Hear from our volunteers

There is no better way to get an idea for the type of experience you will receive on one of our missions than by reading it first hand from some of our volunteers. 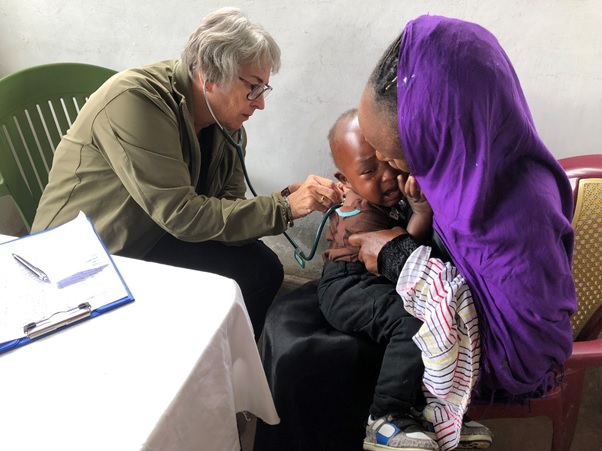 Recently [August 2018] I had the privilege of working with Kenya health on a volunteer basis. Our team leaders Ivan and Judy were great to get along with both personally and professionally. Now that I have been home for 3 weeks and have had the opportunity to reflect on my time in Kenya, it was definitely a great experience. I would certainly recommend any RN wanting to volunteer and in a position to do so, to give it a go! 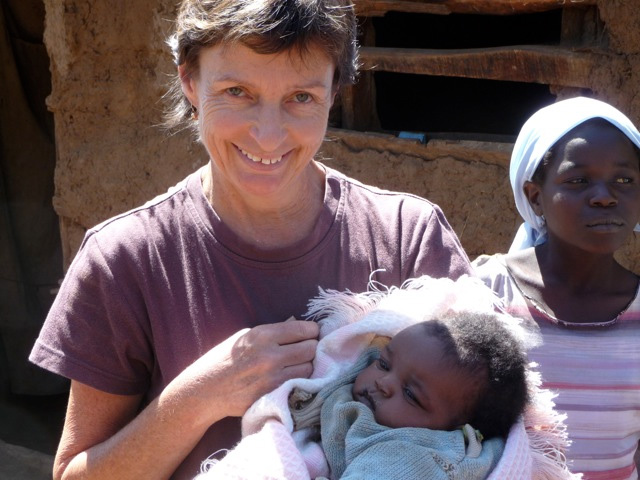 My trip to Kenya in 2009 was full of challenges, surprises – mostly nice ones, and rewards – big ones. Helping out with all the day to day activities at the amazing M.I.A. orphanage was a highlight in itself. Using our health qualifications to expand on the existing work that Mary and Ivan do in the surrounding community was indeed a memorable experience.

Most of what we did was simple stuff; teaching mothers that wrapping their feverish babies in layers of clothes and wraps was not helpful and could result in these babies becoming quite dehydrated; providing some sachets of re-hydrating powder to mothers of children with gastroenteritis while teaching them how to nurse their children through the illness; empathising with women who struggled through each day with painful backs from heavy manual tasks such as carrying water for very long distances – sometimes we were able to offer some anti-inflammatory medicine to make things a little easier for them for a short time; helping mothers look after their own health so they could continue to breastfeed their small babies; providing antibiotics for mastitis and chest infections.

At times we were working alongside local health workers in permanent structures immunising babies. At other times we worked in a hastily erected tent at the rubbish dump. Occasionally one of us could be found in a quiet corner of the orphanage seeing someone who just turned up as word had spread. A willing interpreter was never too far away.

One may ask whether our work made a difference in the big picture. I believe it did. I know I connected with some of these women. The fact that we spoke a different language did not seem to matter. The language of caring and kindness is universal. To these mothers who trusted the mzungu with their beautiful children I say asante sana.

Since my first trip to Kenya in 2009, I have done 2 further trips and served both as a board member and volunteer co-ordinator. Through these roles, I have seen and experienced the effects of this wonderful work. I have yet to decide who benefits most from the outreach clinic trips run by Kenya Health. It may be the Kenyan people who are so humble and grateful for our help. Or it may be the volunteers who somehow find the time and money to go back time after time. 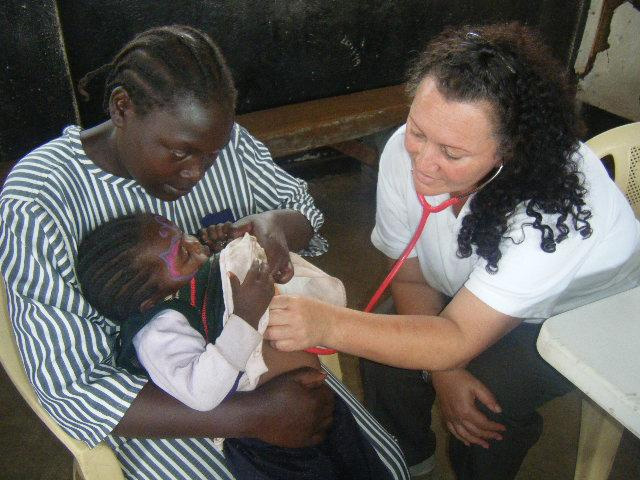 Going to a faraway country on a mission trip was a childhood dream of mind. Late last year after meeting Mary Budulica (co-founder of Mission in Action) that dream reignited. She put me in touch with Lyle Burgoyne (founder of Kenya Health) and the rest as they say is history. Initially, coming over in March seemed impossible, both financially and getting the necessary leave approved. Yet each prayer was answered and 6 weeks later I found myself on a plane bound for Kenya with three people I’d never met before. Was I nervous? You bet! Did I have doubts? Yes! For despite 18 years of nursing what I was entering into was totally new territory. Literally. Have I any regrets? Only one: that I didn’t do this sooner!

Over the past four weeks we’ve run clinics at the Pondamali slums, a women’s prison and the remote communities of Nginyang and Riong-o, as well Nukuru’s rubbish tip for the dump dwellers. Each place has had it’s own set of challenges and it’s been a huge learning curve. My assessment skills alone have improved tenfold and I’ve experienced things I never thought I would. The people’s need in general is great but it’s been so good to be a part of making a difference in the lives of those we met. Working alongside Lyle, Mary, Ivan and an ever-changing team of volunteers from all over the world, in addition to Rosemary (the local nurse) as well as local youth and clergy – as our interpreters- has been awesome.

I realise that a lot of hard work, fund-raising, planning, dedication and prayer occurs behind the scenes and I thank Lyle, Mary and Ivan for the vision and absolute privilege of being a part of this, even for a short time. Don’t get me wrong, it wasn’t all work and no play, for we managed to squeeze in not one but two safaris. Furthermore, enjoying the cuddles and playful antics of the children at M.I.A. has been a perfect way to begin and end each day – as well as overcome home-sickness. I will miss them all greatly.

Since my first trip to Kenya, I have been back four times and also served as a board member. Each trip has been very different and the Kenyan culture is a fascinating one, every experience has been both rewarding and a huge learning curve. I count it a total privilege to be part of the team and the children and people of Kenya are now knit to my heart!

Please support in any way that you can, even a little can make such a difference and I’ve seen first-hand what can be done! And to anyone contemplating volunteering for Kenya Health or M.I.A., I say DO IT! You will not regret it, I guarantee :-)